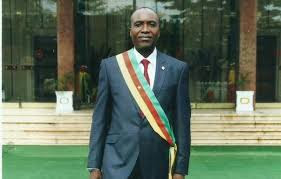 The restoration of the independence of Southern Cameroons from a diplomatic/political perspective will be achieved through a collective of  internal and external actions and efforts.

Am not gonna bore you or waste time  with  historical review cos we all know our true history by now. The only historical point I will allude to here is the 1953 event in Nigeria where our courageous MP'S walked out of the Eastern Regional House in Enugu Nigeria when they felt that their interest as a unique and soveriegn people was not guaranteed.

From this vantage point, let's break it down to its granularity by looking  at the respective inter and extra efforts but paying more attention to to the internal angle.

The Leadership Vacuum in the Home front and the Return of Hon. Joseph Wirba: A Blessing or a Curse? 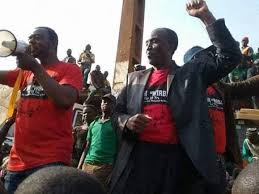 When the Consortium was outlawed and the leaders abducted and jailed while other went into hiding; it left a leadership impass in the home front. There was no powerful figure head to be the mouthpiece of the people in the home. Many turned to Pa Fru Ndi for leadership but quickly found out that the Chairman's agenda was geared  more towards  the  recuperation or alternation of power in La Republique than towards self government.

When  Hon. Joseph Wirba erupted at the rostrum of the National parliament with fire and thunder, he set a new tone and sent shock waves down the spine of the oppressive regime. His further outings along side Mancho Bibixy in Kumbo (in complete defiance of the orders from the colonial slave not to proceed with the event ) reinvigorated the revolutionary spirit in all Southern Cameroonians.

Fast forward, the regime saw the warrior MP from Nso as a gigantic threat and placed an order of arrest and possibly assasination on his head, forcing the MP to go into hiding and live to fight another day.

While on exile, the  honorable drafted a powerful letter in which he persuaded his fellow colleagues of the Parliament to withdraw from the  Parliament for the sake of the people. This clarion call fell on the deaf ears of his greedy and self-centered colleagues.

While in exile, Hon. Wirba continued to follow the struggle and occasionally  wrote to the people via his Facebook account , condemning acts of violence and calling for unity. At some point, the honorable completely went MIA and incognito. Many wondered what had become of the honorable untill his recent reappearance in the very parliament where he made his name as  an unapologetic representative of the people.

Many have been quick to take to social media and question the freedom and ease with which the MP reappeared on the stage of the Parliament  without any government retribution. Rumor has it that the SDF party negotiated his immunity from arrest. Another rumor has it  that the MP from Nso is compromised and is in  bed with the regime because he used the term "West Cameroon " in his message which denotes his inclination to Federation and not independence.

It will be an act of ungratefullness, political dishonesty and blindness to quickly judge a man who fearlessly challenged the government and went into forced exile  for the sake of his people. Hon. Wirba could have ran to the US or other foreign embassy to seek political asylum like other leaders did in the past, but instead, he chose to return to the home front where the real battle is, to continue to fight for his people. Although no one knows where he was all these while, but my take is that Hon. Wirba came back to fill the leadership void in the homefront.

Secondly, instead of focusing on the conditions of Hon. Wirba 's reappearance, we should focus on the message and the mission of the messenger. When Hon. Wirba took to the rostrum this time around, he said he has come to continue from where he left off. If we recall, his last message was  a call to all MP'S of Southern Cameroons extraction to withdraw from the Parliament.  While on the podium, he brought with him a Southern Cameroons file which he had prepared  for discussion and pressured the Speaker to tell the House when the southern Cameroons question  was going to be deliberated because in his opinion, it was of grave importance. Hon. Wirba' intention was to make the Southern Cameroons problem a priority topic of discussion, thereby opening the  dialogue process. 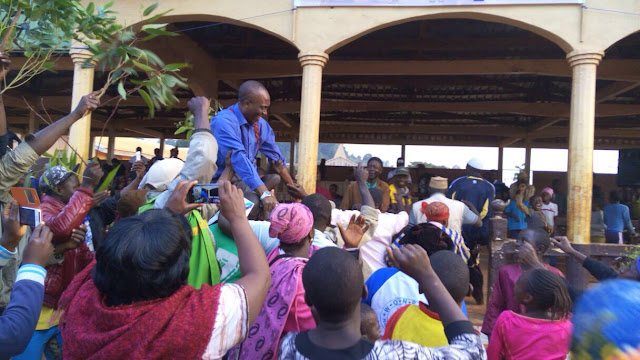 In addition, following the  incessant  interruptions by the Speaker of the house, the  MP asked the speaker if representatives from the Southern Cameroons were not allowed to speak about the plight of their people in the House. He further retorted that if that was the case, then  MP of Southern Cameroons extraction should go and  form their own Parliament where they can discuss the issues affecting their people. As if that was not enough, Hon. Wirba  challenged the author of the arrest warrant to come and arrest him on stage. Hon. Wirba's intention was to dare the regime to arrest him. If this  happened or happens,  it would attract the sympathy of other S.Cameroons MP, boost their solidarity and give them more reason to stage a walk out of the Parliament of La Republique . Hon. WIRBA is using his position and power to get MP'S to resign from LRC parliament.

While it is too premature to jump into conclusions, I remain resolute in my support for  Hon. Wirba until proven otherwise.  I see his return as a blessing to the struggle rather than a curse. Our people now have a leader to speak for them  back home until the final release of the other leaders. His presence fills up a leadership void in the home front  and hopefully Hon. Wirba will continue to rally the home front as he did in the past until  we get to Buea.

Ray Baba-  The Dreamer
Posted by Rene Mbuli No comments: